EMC LIVE: Testing is a free online event that brings together a lineup of expert speakers to present on the most recent developments and innovations in EMC testing.

This event covers topics like running a successful test program, what products to use for EMI mitigation, the role of grounding, shielding, and RCD tripping curves in conducted emissions testing, and much more.

Ready to join us for the full EMC LIVE: Testing experience? The entire technical program is now available to watch on demand!

YES, I WANT TO WATCH!

The first successful landing on Mars was by the U.S.’s Viking 1 in 1975 (the Soviet Union tried five times to land on Mars, starting in 1962! China is sending Tianwen-1, set to land in May/June).

The successful recent landing on Mars by Perseverance was an exciting event for the U.S. and the international space community. Many in our industry work daily to make sure that the systems and satellites and truly amazing achievements of our human-kind make sure that the things that we fling into outer space work correctly. You don’t get a second chance.

In this EMC LIVE Keynote event, supported by our friends at NASA, we will discuss some of the challenges and triumphs of successfully launching—and landing—contrivances that help us understand our universe.

Our friends and colleagues—John McCloskey and Robert Houle— join Mike Violette in a session that will take a look at the legacy and ongoing efforts to make space more accessible and understandable. The work of EMC engineers across our industries supports the delicate and complex art of placing our robotic emissaries into orbit and beyond.

The earliest EMC requirements for space-based missions were largely adopted from Military standards, tailored for the Apollo and Space Shuttle missions. As systems evolved and an understanding of the interaction of on-platform subsystems, the requirements fleshed out to reflect various threats and functional issues: emissions and immunity, the on-launch pad, and on-orbit and interplanetary electromagnetic environments. Effects such as “Space Charging” and “Radiation Hardening” and the critical requirement for extremely sensitive and low-noise radio communications are tackled by experts in the government and industrial partners.

John and Robert will help us assess some of the most important issues about EMC in Space. Just some of the issues touched will be:

Join us for a lively discussion and a bit of fun. 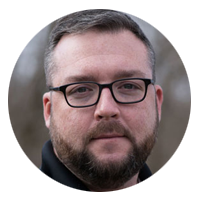 Preparing Your Product for a Successful Test Program, No Matter the Industry

I want to sell a product, but I need to get it tested for compliance. What do I need to know?”

No matter the industry, we will walk you through what to expect when you go to a laboratory, from getting a quotation, making sure your product is tested correctly, what to do when there’s a failure, and navigating the different procedures within the laboratory environment. This presentation will cover both EUT preparation, personnel management, and report review. We will also cover what questions will be asked by the laboratory and the questions you should ask of the laboratory engineers and technicians. 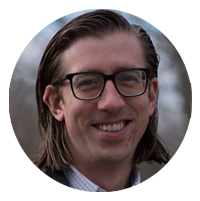 As more and more customers are looking to shed the hassle of test system development and sourcing, there has been an increased demand for turnkey solutions from the test and measurement industry. In response to this, AR has created a line of ‘Predefined’ systems designed to meet the base requirements of many of today’s most common EMC test standards. In this product demonstration, AR’s Flynn Lawrence will describe the rationale behind these systems and how they can be customized to fit your specific needs. 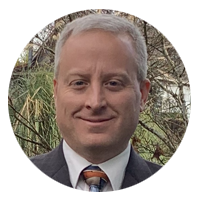 EMC Compliance costs in time and resources contribute to uncertainty and difficulty in new product planning. Utilizing the best RF test techniques as you debug and refine products in development will help to simplify your compliance testing. Learn the methods we recommend for debugging through validation that can optimize your compliance process and reduce planning uncertainty. Using modern RF instrumentation with a variety of built-in test modes makes it possible to simplify your EMC compliance process quickly and affordably. Quell’s “NEW” EESeal+™ Inserts for connectors add EMI/RFI and Transient protection to your standard connectors in seconds. The patented EESeal+™ uses highly conductive silicone rubber to create a complete ground plane inside the connector which gives EESeal+™ lower inductance. This lower inductance, along with discrete capacitors and/or integral capacitors, allows for EMI noise mitigation up to 40GHz+. Typical applications are Military/Defense, Aerospace, and more. “Free” custom samples can be designed and shipped in as little as 48 hours! In today’s electronic applications, two aspects play a big role in the design of RFI filters – performance and safety. The main criteria is if customer applications can get certified according to certain standards. This does not necessarily depend on the RFI filter alone, it is also relating to the grounding and shielding of the whole system. If all aspects are clear and the filter performance can be designed to conducted emission levels, added leakage current to the systems plays a big role when it comes to safety. Application-specific standards use dedicated limits for the leakage current in the system, usually bundled to typical RCD tripping curves at e.g. 30mA or 300mA.

This live demo should give insight on different system configurations with variants of switching frequencies, cable lengths, different shielding concepts, and interpretation of RCD tripping curves. How to Select and Implement Filters to Resolve Your Compliance Issues

What happens when you perform conducted emission compliance testing and you discover an issue? Placing a filter into your application can be the easiest solution but there are a few things that come along with that choice.

In this presentation, we will review parameters and criteria that may need to be reviewed more closely. How to work around limitations your design imposes on the filter choice. And how and where the filter should be used. We will also investigate some options that can be done that improve emissions without the use of the filter. How do in-house, state-of-the-art EMC and environmental test proficiencies laboratories reduce your bottom line? How do they make the process smoother, faster, and more importantly – successful? We’ll review case studies of how this top tool has helped OEMs like you become more efficient, with better outcomes.

We will continue to flesh out the show’s agenda and list of speakers in the coming weeks.

Sign up to receive to-the-minute updates about programming and other important event information.

Are you an EMC testing expert? Want to establish yourself as a thought leader in the field, or maybe you have a product or technique you’re eager to share with your industry peers?

Participating in EMC LIVE as a presenter is the perfect opportunity for you. We’d love to speak with you about it! This poster by AR RF/Microwave Instrumentation is a great resource to have in your lab or at your desk for a handy and quick reference for the EMC professional.

It covers the basics such as frequency-to-wavelengths and Ohms law relationships, Linear to Log conversions, as well as EMC-targeted content such as radiated field strength and antenna factor calculations.

When you attend EMC LIVE, you’ll be in great company with hundreds of other leaders in the industry.