Overview:
The scientific world was excited when Scott Tilley, an amateur astronomer, rediscovered a NASA satellite, which has been lost in space for more than a decade. In late January, 2018, Tilley was scanning the skies in search of a secret US government spy satellite launched by Elon Musk’s SpaceX when he found signals from the long-lost satellite called the Imager for Magnetopause-to-Aurora Global Exploration (IMAGE). Launched on March 25, 2000, its mission was to study the magnetic field protecting the Earth from cosmic radiation. But in December 2005, IMAGE stopped communicating with NASA and its mission was declared over in 2007 after scientists failed to regain control.

This keynote will describe the method Tilley used to detect the satellite and his collaboration with NASA scientists and others in the amateur astronomy community to confirm the signal was indeed from IMAGE. Details will be provided of a tracking system designed to obtain both optical and radio based astrometrical and radio based Doppler characteristics of spacecraft in low Earth orbit (LEO), high Earth orbit (HEO), Geosynchronous Earth orbit (GEO). A description of the hardware and software used will be provided along with the operational techniques that allowed for the recovery of the IMAGE satellite. 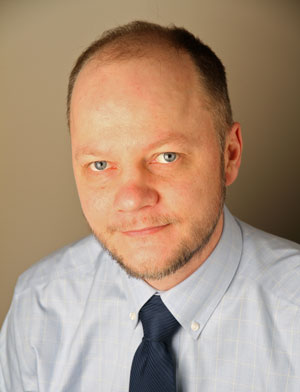 Scott is an Electrical Technologist by day and at night he exercises his technical skills by keeping tabs on Earth orbiting satellites. Using skills developed as an amateur radio operator (VE7TIL) and amateur astronomer he hunts satellites that are in classified orbits along with a small international team of collaborators. They share techniques and observations to refine the details of those classified object’s trajectories into accurate orbital elements that are shared publicly. Scott is motived by the technical challenge of the pursuit and helping to ensure that the use of space continues to be peaceful and transparent by all nations capable of accessing it. Recent accomplishments include the recovery of NASA’s IMAGE mission and the stunning tracking and capture of the classified GSSAP 3 and 4 missions arriving in geostationary orbit.